The XBOX Kinect can be used to create a 3D mesh from real objects.

To use, the PC in the corner of the main room should be booted to Windows XP.

Doubleclick the ReconstructMe shortcut on the desktop, and follow the instructions from point 6 onwards.

The kinect should ideally have about 1.5 m of clear space in front of it. I scanned myself by sitting on the swivel chair and slowly rotating through 360 degrees while staying still. We'll need to make some sort of turntable to scan non-sentient objects.

Here's Dave's first attempt at plastic immortality - higher resolution in both scanning and printing should be possible in future using, respectively, a better GPU and a bigger print size/smaller nozzle. 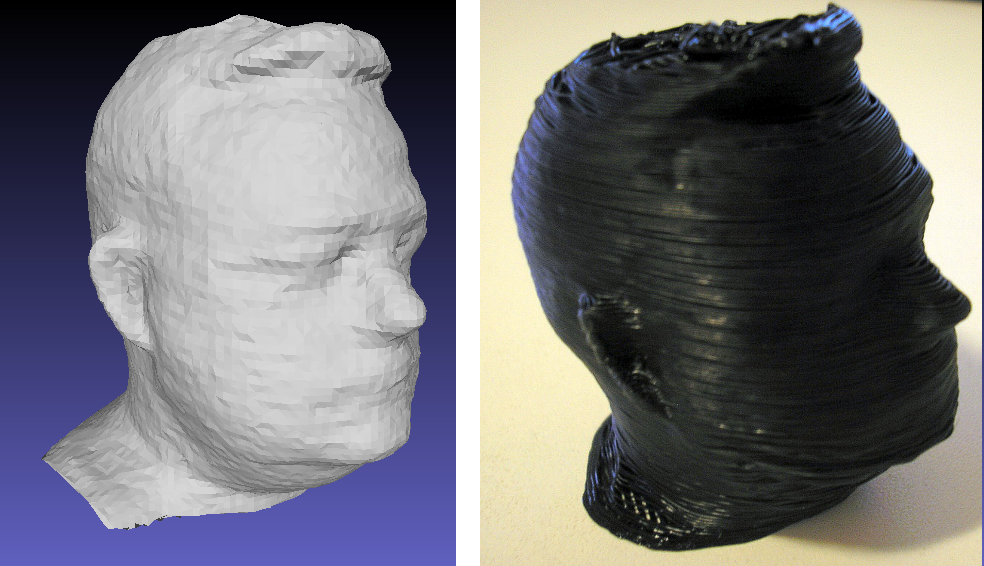 Wed 5/16/2012: My boot! Not a bad rendering, although it still needs more editing in Meshlab. Scanned with ReconstructMe, Kinect, and lots of help from Dave. --Crystal